Officemanager digitizes offices to place them in the new, hybrid reality in one swoop. Within five minutes a ‘static’ office building can be turned into a service. This can be done without the need for architectural and/or installation-technical adjustments. With the Officemanager app, we offer access management through smart locks, meeting space bookings, parking management, community management, and much more. For Entweder venture Campus Offices, Officemanager is being used to optimize costs while increasing the level of service. Ever since I was a little boy, I dreamed about becoming a professional footballer. I started inside the FC Twente Heracles Academy and later moved on to FC Utrecht. Unfortunately, I had to let this go five years ago because of an injury. Fortunately, besides playing soccer I have always followed education, and I ended up at Saleshelden in Enschede. I started as a Junior Account Manager, then I progressed to Account Manager, and for the last three years I was responsible for the entire commercial department as Commercial Manager.

Through mutual connections at SKEPP, I was approached to hear more about Officemanager and the role of a business founder at Entweder. I always had the ambition to start something on my own. When the unique opportunity for a founder position occurred, I became excited after several conversations.

The combination of different activities, the responsibility, and how to implement it as you wish, proved that I made the right choice. Not to mention the fact that you learn a lot and it is great for your personal development. You start from scratch, and you have to think about where you want to be one, three, and five years from now.

In the role of a business founder, I am responsible for the development of the organization to successfully implement the services and products in the market. For now, the focus is on improving and expanding our service offering. It is also up to me to lead the operational and commercial side of the company so that as many businesses as possible become excited about the proposition of Officemanager!

I would describe Officemanager in three words: innovative, efficient, and digital. We offer a really innovative solution within a quite traditional market. Many buildings use established people and products that have become obsolete nowadays. Through the products and services of Officemanager, this is something from the past. We offer software where everything around an office building is managed through a single application. In the end, Officemanager contributes to the digitalization of office buildings. Because of this, the value of these buildings increases, you speed up processes around new tenants, and you offer more value on a hospitality level.

”Everyone within Entweder is always eager to provide feedback and support me where needed.”

Business-wise, I am proud of the improvements and new features we are adding within Officemanager. I am also proud of employees and partners within the Entweder ventures with which I frequently collaborate. Everyone within Entweder is always eager to provide feedback and support me where needed. This creates interesting conversations and actions that add immediate value.

Working on an Entweder-backed venture as a founder is in my opinion a unique opportunity that rarely occurs. The possibility to be responsible for an organization without running unnecessary risks. In addition, the atmosphere within Entweder and its affiliated ventures are very welcoming and inspiring. Everyone works extremely hard, but there is also plenty of room for socializing and relaxation. This is an ideal combination to grow together, both professionally and personally.

My advice for someone with entrepreneurial ambitions is to think well about what type of person you are and what role is a good fit for you. Decide if you are someone who enjoys adventure, but who mainly wants to invest in an organization, time, and yourself. If this is the case, a founder role at Entweder is a great chance to take your first steps towards entrepreneurship. You won’t come across an opportunity like this often!

become a founder at Entweder

Want to know more? Get in touch with Robin. 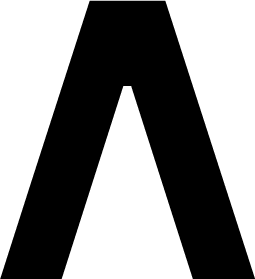